T.I.C.A. – Tirana Institute of Contemporary Art has the pleasure to announce the group of artists that will attend the first period of Storytelling- as artistic practice /AIRLAB 2014 to be held between the months of April and May.

Adela Jušić was born 1982 in Sarajevo, Bosnia & Herzegovina and lives and works in Sarajevo.

Her socially engaged practice has its foundation in personal experience and memory. She mostly works in video performance, using narrative and her voice as main element of expression. She mostly uses critical feminist approach to all the subjects.

Jušić graduated from the Academy of Fine Arts and from the University of Sarajevo and ERMA master course in Human Rights and Democracy at Sarajevo and Bologna University. She is a cofounder of the Association for Art and Culture Crvena. She has exhibited in many international exhibitions including Manifesta 8, Murcia, Spain; Videonale Kunstmuseum Bonn, Germany; Image Counter Image, Haus der Kunst, Munich, Germany etc. She has participated in several artists in residence programes (ISCP, New York, Kulturkontakt Vienna) and won Young Visual Artist Award for the best young Bosnian artist in 2010, Henkel Young Artist Price CEE in 2011 and special award of Belgrade October Salon in 2013.

Enton KACA (1977) is a theater director based in Tirana /Albania .He holds a Degree in, Theatre Directing by Tirana Academy of Arts.

In his work ,Enton explores  the performance potential by using a direct visual language, powerful texts  and characters. He engages in his plays artists from different disciplines which  by interacting with music , light , images,  objects, place/space (not necessarily a stage) perform ideas and statements.

He has participated in International theater festivals and was awarded with several prices such as: Best Directing on Youth Festival of Theatre, Tirana, (2007) Best Contemporary play dramatization Albanian National Theatre, Skopje, Macedonia (2009)

HAVEIT was founded in 2011 and the artists consider themselves as: “A group of four girls that tend to go beyond everyday pleasure, moralistic rules and refuse to agree with the matters that are being served. We won't do anything except tell our and your story!”

Keto Logua was born 1988 in Sokhumi, Georgia. She was trained in painting at the Tbilisi

State Academy of Arts and her work has since crossed multiple mediums within art, including sculpture, installation, video, painting and performance art. 2010 she continued her studies at the University of Arts in Berlin with Professor Gregor Schneider. She is now doing her Master's degree at Udk berlin under Prof. Via Lewandowsky.

Since 2007 Logua has been part of group exhibitions in Georgia, the Netherlands, in Germany, Moscow and the Czech Republic. Selected group exhibitions include the 2009 'From Individ to DVD: Young Georgian Artists' at Karlin Hall, 2011 'BYTS Bosch Young Talent Show' at the Stedelijk Museum 'sHertogenbosch and 'Doublings' in 2012 at the Kunsthalle am Hamburgerplatz in Berlin. In 2012 Logua received a scholarship from the DAAD. She currently lives and works in Berlin. 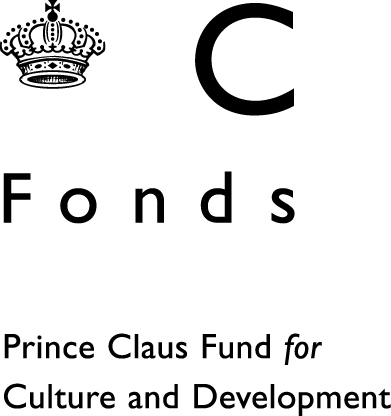 Contact:
Program Coordinator
Alketa Kurrizo
e- mail: This email address is being protected from spambots. You need JavaScript enabled to view it.
tel: +355 (0)682128881